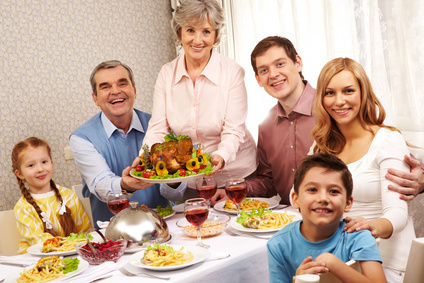 While many of the popular dishes found around the Thanksgiving table are rooted in Pilgrim traditions, there are a number of other dishes that were introduced much later and some that are missing from the table entirely. Seafood, for example, was one of the dishes that was served at “The First Thanksgiving” in 1621. Specifically, fish, lobster, and clams were served at this iconic meal. This makes sense since it took place in New England where seafood is abundant. Today, however, it is rare to find seafood around a traditional Thanksgiving dinner table. Instead, most families serve turkey, squash, berries, and fruit - all of which were also present at “The First Thanksgiving”.

Check out a few delicious facts about the culinary delights that Americans feast on at Thanksgiving:

The decision is up to you: you have the option of going with a truly traditional menu for your celebration or sticking to modern classics - either one will be delicious! Still need recipes for your Thanksgiving dinner? Check out the full list of Thanksgiving ideas!